Depending on how good or bad your builder was, you may end up with less than you expected. This is where the snaglist comes in – an inspection report highlighting defects in an existing home or recently completed project.

House building projects should ideally be completed to the standards stated, but they often aren’t. Even on a house that’s been completed by a professional builder with quality systems in place, 20 to 30 ‘snags’ are to be expected.

An average three-bedroom house with a standard finish might average 50 to 80 items that will need correcting while a house built with little oversight may result in 100 to 150. For those of you who are still in the dark about the concept of a snaglist, it is defined as an inventory of the small pieces of work – commonly known as snags – that need to be finished at the end of the build. The word ‘small’ is somewhat misleading as new homes and extensions can present serious flaws that should have been picked up by the builder’s finishing foreman or staff.

What items are on a snaglist?

Any visible defect is documented in the snaglist. Other issues that may be recorded include work not completed in keeping with best practice, e.g. the quality of workmanship in laying brick pavers. Photographs may be pasted into the report to document issues such as leaks or uneven flooring levels. Unintended damage by trades people is a common issue, as are materials not having been given time to dry out or forced to acclimatise too quickly which can lead to defects appearing.

The moisture content in wood flooring, for instance, needs to adapt to the environment it will be in – timber will contract as the heat is turned on which will in turn lead to unsightly gaps if it hasn’t been given time to dry out and shrink. Usually your builder will have done up his own snaglist and in the case of developer homes in ROI, will also have paid for an assigned certifier to carry out their inspections. But no matter the scale of the work, (a simple extension or a brand-new house) it’s a good idea to get an independent snaglist drawn up by a professional you hire directly, to be implemented at completion and prior to final sign off.

They will give you a ‘second opinion’ which won’t factor in how expensive something is to fix, whose fault it was or how difficult it will be to resolve. Even if you are the one overseeing the project, having a catalogue of what needs correcting before you move in can be helpful. What are the causes of poor workmanship? Likely culprits include the use of sub-standard materials, inadequacy of supervision by either the contractor or the professional appointed to oversee the project on your behalf, poor training of tradesmen, resources that are inadequate or stretched too thin, design flaws, lack of understanding and resulting poor installation of new technologies that building regulations – especially with regards to energy use – require to be fitted, and the list goes on.

Whether building new, extending or renovating, poor design details can be a source of problems so choose a competent design professional and make sure they are totally independent of the builder you employ, this prevents a conflict of interest should problems crop up at a later stage.

The issue of oversight

When buying a second-hand house the advice is to have it properly surveyed and inspected, which is a prudent move, the same when buying a second-hand car whereby we get an independent mechanic to check it for us. But doesn’t it seem rather absurd to have to get a new house snagged and even more so to have to pay extra money to make sure the house is defect free? Surely it is up to the builder to highlight imperfections and correct them, a pre-delivery inspection if you like.

But can you rely on the builder to do this for you? A relationship is likely to develop between a homeowner and builder and it can happen that it becomes too trusting. There shouldn’t be an instance where you dare not ask questions for fear of looking foolish. Perhaps it is more foolish not to ask questions and express concern over the finishes that are not up to expectation. In reality a newly built house or extension involves numerous different tradespeople and subcontractors bringing a range of different materials, finishes and systems together.

For this to be successful, the builder needs to orchestrate them all – this pyramid of dependency can have a lot of flaws and is prone to errors. Professional oversight may be provided by your project manager or architectural designer and/or engineer. And while you may rely on this as a means of guaranteeing the desired result, know that good working relationships are often in place between all parties – this usually helps the project run smoothly but can also make it a difficult environment in which to flag issues. As for regulatory oversight, in NI Building Control inspectors monitor certain critical stages, such as the pouring of the foundations, with regular visits to the site, however even they cannot be everywhere and they do not have any input where quality of workmanship is involved, they are only there to enforce Building Regulations.

In ROI the self-certification system means that apart from the occasional inspection by your building control officer to enforce the Building Regulations, there is very little oversight from the authorities.

Unfortunately it appears to be part of our make up to accept poor standards; we do not like to complain and rather than make a fuss, we allow ourselves to be cheated from what we are legally and perfectly entitled to. It is reasonable for you to expect that your self-build project will be finished to a good standard and have a quality finish. Of course house building is not like a car production line where quality control standards can be maintained.

Don’t expect perfection as this is impossible, there will always be some defects, but these should be kept to a minimum and barely noticeable (won’t catch your eye). The point at which to have cause for concern is when there is a high level of imperfections or there are items that don’t function. For instance, in the case of a €400,000 extension where the builder is owed €40,000 for the completion of the work, you may be reluctant to hand the money over if the house was poorly finished, e.g. foul drains overflowing onto the driveway during a party, leaking central heating plumbing resulting in brown water marks on the kitchen ceiling, foul smells emanating from the traps in the showers every time the toilets are flushed, badly scratched glazing on some of the newly installed windows, poor finishes to the paintwork generally, water tanks in the loft installed in breach of current Building Regulations, new plumbing which was not electrically bonded at the sinks, etc.

In such a case, to give validity to your concerns a professional’s snag list report will outline the items not built to industry standards. It then could be a question of dismissing the builder from the agreement for breach of contract on the basis of non-performance, engage the services of another builder to complete the extension, and use the outstanding balance to pay for the remedial works. This is one of many examples, in any issues involving litigation, always get legal counsel.

Each case is unique. For smaller works, it’s advisable to try to keep back 20 to 30 per cent for final payment; this will give you some room to get the snag list done, the issues resolved and the house re-inspected, to have the debris and builder’s materials removed (i.e. leaving the site in good condition as per the agreement) and get the paperwork finalised including certificates of compliance – not just relating to the structure, systems and finishes but also for things like gas and electricity connections.

You may do your own snaglist but don’t be penny wise and pound foolish, it’s a job usually best left to a professional. Costs generally range from £150/€200 to £350/€400; the scale (usually based on property size and location) and complexity will determine the fee.

It is generally accepted as good practice to obtain three written quotes when looking for a snaglist professional to compare like with like. The benefit to you will be immediately apparent when you receive the report as you’ll soon realise the cost of repairing the problems highlighted may run 10 to 100 times the fee charged for the survey. While snaglists do not provide costings, they form a sound basis for separate third party contractor or builder to give you an idea of how much you will have to spend to repair the defects.

When you engage the services of a builder you will generally enter into a legally binding contract with him.

You will offer to pay an agreed sum of money and, in return, he will agree to provide you with the services and expertise required to build your house. Providing you honour your part of the contract you are entitled to expect the builder to honour his. There are always changes as the build progresses so it is extremely important to tell your builder about these in good time, and in writing. This may constitute a variation to the contract and it is quite common. However, any changes may have time and cost implications.

At completion, the house should be what you expected, and that includes a good standard of build and finish quality. If not, then the builder has not delivered his part of the bargain and a way for you to provide evidence is to rely on your independent snaglist report.

In ROI consumer contracts are protected by the Sale of Goods and Supply of Services Act, 1980 but as previous experience from defects at Priory Hall have shown, it can be difficult to get recourse in all instances. Insurance policies in the form of bonds include the NHBC (NI) and Homebond (ROI) but these only cover the structure for 10 years and the building envelope for five. The fine print and terms and conditions may lead to payment not being made. From individual suppliers, you can generally get a one year workmanship guarantee and for appliances/systems a one to five years’ manufacturer’s warranty on the product.

Disclaimer: this article is for reference only; always seek professional advice when dealing with building and legal matters.

The Selfbuild Shows have now been rebranded as Selfbuild Live

Shops to be converted into homes without planning permission 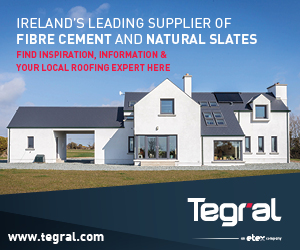 Maintenance tips for your historic home

Can you extend without planning permission?

How much does a house cost to build per sq foot?

If I choose to ‘opt out’ do I still get a compliance cert at the end?

The ‘opt out’ guide to building control